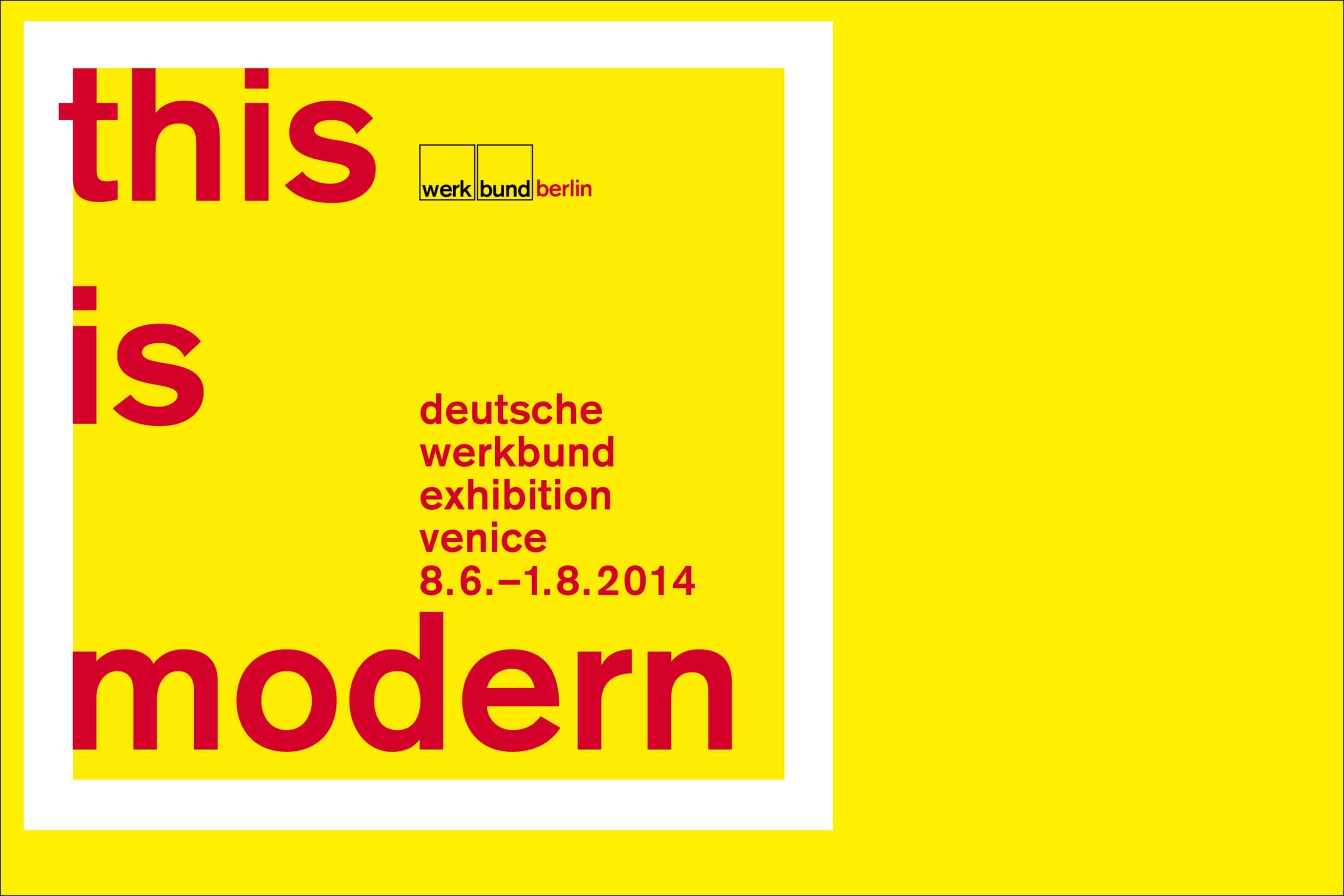 Photos and information about the exhibition

On June 7, 2014, parallel to the opening of the Biennale d’Architettura in Venice, the exhibition of the Deutscher Werkbund Berlin “this is modern” was opened. In the elongated ground floor hall of Palazzo Ca’Tron on the Grand Canal, it shows designs for a German exhibition pavilion on the Biennale grounds in the Giardini of Venice. The existing pavilion was hypothetically declared to be in a state of disrepair, thus posing the question of a contemporary national exhibition building anew. Built in 1909 as the Bavarian Pavilion and redesigned in 1938 in the monumental classicist understanding of the Third Reich, it was considered by many to be fascist after the Second World War. The President of the Federal Chamber of Architects therefore recommended 2010 to demolish and replace it. The proposal was taken up by the curators and reformulated as the basic idea of the exhibition: With an architectural design, 22 current German architects were to think about how the German Pavilion should or could be handled. The spectrum of responses to this experiment in architectural thought was free and ranged from “Don’t touch” to complete demolition with a new building.

The fact that the Werkbund is asking about the state of affairs in 2014 of all years and in the context of the Architecture Biennale – which, for its part, is concerned with the fundamentals of architecture and 100 years of Absorbing Modernity – naturally has to do with the emblematic event of the Werkbund exhibition in Cologne in 1914. 100 years after this first major exhibition, the Deutscher Werkbund Berlin also links this architectural positioning to the question of the knowledge gained from the experience of 100 years of Modernism in the search for an appropriate attitude in one’s own architectural work.

Opening on 7 June 2014 parallel to the opening of the Biennale d’Architettura in Venice in the presence of the Minister of State for Culture Monika Grütters and the then still Senator for Building, now Governing Mayor of Berlin Michael Müller, as well as the Senate Building Director Regula Lüscher.

Further stations: Bühl, Düsseldorf, Hamburg, Michendorf. Afterwards she will move to Berlin to the Architekturmuseum of the TU.

The exhibition is accompanied by a catalogue published by jovis Verlag Berlin, edited by Claudia Kromrei, in German and English.